A Poem does not grow by jerks. As trees in Spring produce a new ring of tissue, so does every poet put forth a fresh outlay of stuff at the same season.
Wilfred Owen

A poem or a verse may be said to be worth while when it finds its way into the special crevice of a person's need.

Most of us want a quiet, peaceful life. The word generally used to describe this is-"Security"-a state of well-being, of freedom from irksome care, from danger, from anxiety. However, when devotion to security is carried too far, it becomes a vice that stunts the personality. To avoid anything that is new and different, unless success is absolutely assured, prevents us from making full use of our potentialities.

Granted the goal desired is truly wise, is really worth fighting for, a verse having the capacity to inspire can impel us to persevering action.

Time
Author: Joe Massocco
Tick tock...tick tock...
life is counting down on your internal clock.
Memories which were as if they occurred yesterday,
turn to flashes of moments that seem to fade away.
People you once knew
walk by without a clue.
The times you once shared
exist as if you were never there.
Years fly...friends die...
and you never know when you'll say your last goodbye.
Oh, how I wish I could turn back time,
spend it with loved ones and cherish what was once mine.
Or to go back even more,
being a kid in a candy store.
How I miss the way I used to feel
on Christmas day when Santa was real.
But back to reality...back to today,
family is scarce and memories continue to fade away.
Tick tock...tick tock...
how I wish I could control this clock. 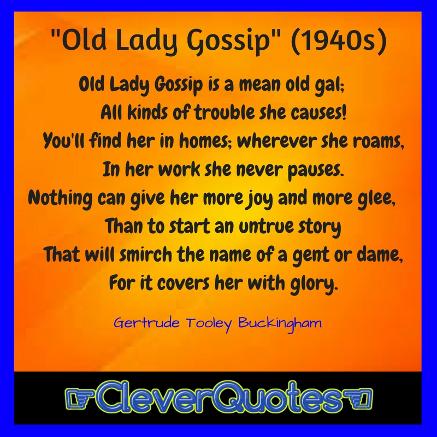 "I AM A SINNER LORD"
Danny Rhoades, Author

I am a sinner Lord, I know
For sin surrounds me here below
With every stormy wind, that blows
I fear you see, my naked soul.

In lifes garden, I'm found to hide
For fear you see, my shamefull pride
With every stormy swelling tide
I fear the thorns, stuck in my side.

Your blood filled fountain, I clearly see
As I bow down, upon my knees
Your loving kindness, on Covery's Tree
You rose from the grave, to save sinners, like me.

Handwriting on the Wall
Author Unknown
A weary mother returned from the store,
Lugging groceries through the kitchen door.
Awaiting her arrival was her 8 year old son,
Anxious to relate what his younger brother had done.
"While I was out playing and Dad was on a call,
T. J. took his crayons and wrote on the wall!
It's on the new paper you just hung in the den.
I told him you'd be mad at having to do it again."
She let out a moan and furrowed her brow,
"Where is your little brother right now?"
She emptied her arms and with a purposeful stride,
She marched to his closet where he had gone to hide.
She called his full name as she entered his room.
He trembled with fear--he knew that meant doom!
For the next ten minutes, she ranted and raved
About the expensive wallpaper and how she had saved.
Lamenting all the work it would take to repair,
She condemned his actions and total lack of care.
The more she scolded, the madder she got,
Then stomped from his room, totally distraught!
She headed for the den to confirm her fears.
When she saw the wall, her eyes flooded with tears.
The message she read pierced her soul with a dart.
It said, "I love Mommy," surrounded by a heart.
Well, the wallpaper remained, just as she found it,
With an empty picture frame hung to surround it.
A reminder to her, and indeed to all,
Take time to read the handwriting on the wall

I Wandered Lonely As A Cloud
By William Wordsworth
I wandered lonely as a cloud
That floats on high o'er vales and hills,
When all at once I saw a crowd,
A host, of golden daffodils;
Beside the lake, beneath the trees,
Fluttering and dancing in the breeze.
Continuous as the stars that shine
And twinkle on the milky way,
They stretched in never-ending line
Along the margin of a bay:
Ten thousand saw I at a glance,
Tossing their heads in sprightly dance.
The waves beside them danced, but they
Out-did the sparkling leaves in glee;
A poet could not be but gay,
In such a jocund company!
I gazed—and gazed—but little thought
What wealth the show to me had brought:
For oft, when on my couch I lie
In vacant or in pensive mood,
They flash upon that inward eye
Which is the bliss of solitude;
And then my heart with pleasure fills,
And dances with the daffodils. 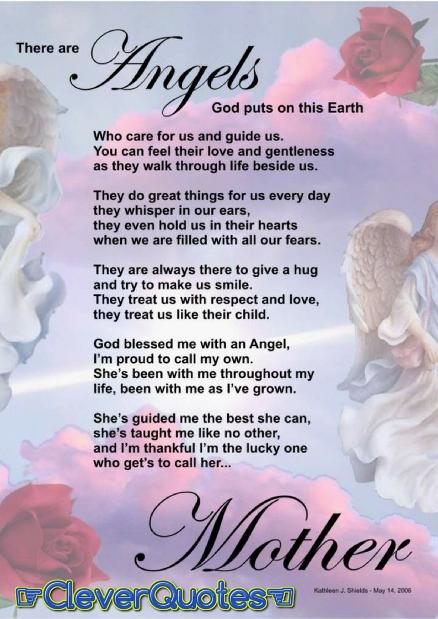 Your family are people, you can depend,
If you get in trouble, they shall defend.
They are the one's that understand,
Always willing to give you a hand.

Your family, you should always cherish,
Without them you would probably perish.
Your connection with them is very deep,
If something happens, together you weep.

You family can help, your confidence build,
With their love and support, you'll feel fulfilled.
Just don't forget to show your appreciation,
That will strengthen your relation.

Poems are the property of their respective owners.

All information has been reproduced here for educational and informational purposes to benefit site visitors, and is provided at no charge...

Clutches
Author: Hunter J. Fowler
There's a little boy standing by the fence with a flag in his hand.
He's sad and confused; he doesn't understand.
He watches his daddy turn and head up on the bus.
He watches him go and doesn't even fuss.
"Why does it have to be my daddy?" he thinks to himself.
Then he thinks back to the pictures on the shelf
Of his dad dressed in a suit with a white cap,
But he doesn't know why daddy's going to Iraq.
He sees his daddy wave at him from the bus's window.
His heart is aching with every sinew.
"Daddy, come back!" he wants to yell,
Because even on the homefront, war is hell.
He stands at the front of class talking loud
About how his daddy is making the nation proud.
He still plays on the playground with all the other kids.
Some stop and ask where his daddy is.
He says he misses him and wants him back
From the clutches of Iraq.
He stands by the mess hall with a SATCOM phone,
Making a call to his family back at home.
His wife picks up and tells him her love and asks how he's been,
And then he hears a little voice chime in.
"Daddy, when are you coming home?"
There was a pause on the phone.
A mortar came in and landed near the Mess.
He knew he had to cover up the phone his best.
"Daddy, what was that sound?"
He couldn't tell him there were bombs landing around.
He said, "I love you," and played it off well,
Because when you're in it, war is he'll.
He stands with his buddies talking loud
About his little son and how he makes him proud.
He still patrols around the war zone with all the other men.
Some stop and ask how the family's been.
He says he misses them and wants to get back
From the clutches of Iraq.
There's a little boy standing in a crowd with a flag in his hand.
His daddy's coming back from a foreign land.
The sound of horns blaze through the air
As the crowd erupts into fanfare.
He saw a line of soldiers get out.
He saw him and ran with a loud shout
And ran into his arms.
He was safe from all harms.
He got his daddy back
From the clutches of Iraq. 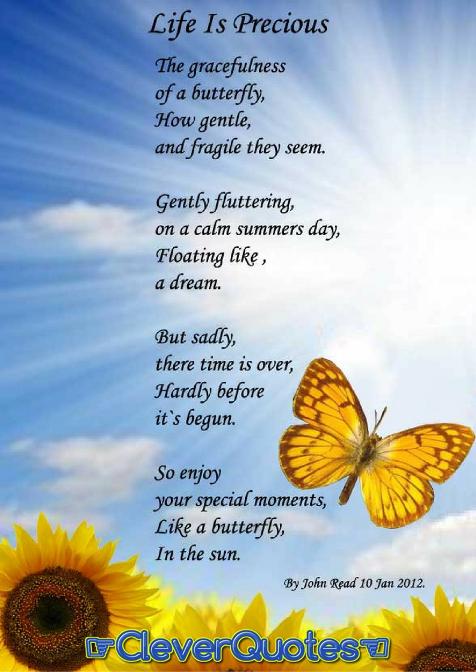 Teach Me
Poet: Julie Hebert
I am just a young black bird,
Waiting high in the tree.
For someone to find me and help me,
A teacher is what I will need.
As I am just a young black bird,
No matter what I will say.
I know nothing of anything,
And a teacher I will obey.
Teach me all that I need,
To survive among the sky and the trees.
I will listen to what I am told,
You're wisdom will put me at ease.
I know that teaching a young bird is difficult,
And this I am very sure.
But I promise to leave stubborn and negativity,
At home, so that I, a black bird can mature.
So please teach me all you know.
Teach me everything you can.
For all I want is to be a good black bird,
One with skills that will help me to stand.
And finally teach me to thank the Lord
For all that I have and do
For blessings from above
Teach me the principle of gratitude.
Walked back in time today
By - Michael Traveler, author of Postcards from the Backroads
Walked back in time today
to many years ago
down a long gray hallway
past too many closed doors
what's on the other side
young faces
not that different
from yours
or mine
Walked back in time today
Saw a child crying
in the hall
hiding behind a wall
kids walking
away
laughing
Be Kind
to the brokenhearted
to the ones who
seem different than you and me
to the ones who
are shorter or taller
to the ones with holes
in their clothes
Be Kind
to the undefended
to the ones who
everyone hates
to the ones who
we distance ourselves from
for fear that
the crowd could
choose us
to hate
Walked back in time today
and did things different
than I did so long ago
Reached out to the ones forgotten
Reached out to the ones in need
Reached out to the undefended
Reached out to the brokenhearted
Reached out to the ones
who seemed so different
long ago
And found
myself reaching out
to someone just
like me

Hard Work
BY RODDY LUMSDEN
Tricky work sometimes not to smell yourself,
ferment being constant—constant as carnival sweat
(a non-stock phrase I palmed from a girl from Canada,
a land where I once saw this graffiti: life is great).

And I have tasted myself, especially when I spilled
sinigang all down my arm in a Pinoy workers' caff
in Little Manila. I drank sinigang (is soup drunk?)
in Big Manila too, with all its dead skyscrapers.

Seen myself? In looking glasses or, looking down,
stocky as a shift working cop, maybe a Mexican cop
full of beans (frijoles, I mean, not vim), paunch full
of sopa de vigilia, pulling over a sozzled bus driver.

Heard myself speak fluently in my own language,
have heard myself too described as hard work
(as hard to get through as Scotch broth), though once
someone rather bladdered told me I was magnetic.

And I may as well admit that I have touched myself
(who hasn't?). In a forest, on a train, in New York
and Paris with unparalleled handiwork, sinning
as I go, merry as an office boy spooning onion soup.

Life Still Has Meaning
By Anonymous

If there is a future, there is time for mending-
Time to see your troubles coming to an ending.
Life is never hopeless however great your sorrow-
If you're looking forward to a new tomorrow.

So if through your window there is a new day breaking-
Thank God for the promise, though mind and soul be aching,
If with harvest over there is grain enough for gleaning-
There is a new tomorrow and life still has meaning.

Poems are the property of their respective owners. All information has been reproduced here for educational and informational purposes to benefit site visitors, and is provided at no charge...

Do you know someone that needs a little motivation? A little inspiration?

Please help them out by sharing this site.